A Tribute To Gina Joy Carano  ––  Welcome To The Rebellion.

Over the years, Carano has compiled an impressive résumé. She competed in Elite XC and Strikeforce from 2006 to 2009, where she compiled a 7-1 record. Her popularity led to her being called the “face of women’s MMA,” although Carano rejected this title.

Transitioning from the ring to the screen, Carano landed her first major role as the lead in the action film Haywire (2011), which was followed by appearances in the films Fast & Furious 6 (2013) and Deadpool (2016). Carano also portrayed Carasynthia ‘Cara’ Dune in the first two seasons of the Disney+ space Western series The Mandalorian from 2019 to 2020. She is currently working on a movie project with the Daily Wire.

Here, you will be able to discover all the latest celebrity news as well as information about Gina Carano. We invite you to subscribe to the Official Fan Forum to keep up to date with all the latest trending topics and be a part of the conversation!

We’ve got exciting news about Gina’s upcoming movie! Time to get excited!

The Point of a Rebellion

Why a simple t-shirt is more than just a fashion choice.

Cara Dune has been “absent” from the Star Wars franchise for a little under 5 months now. However, that has not stopped fans of both

"It's a very big deal to me to remain the same person because I know all of this is going to be gone one day and I'm just going to have myself."

Scott_Murray posted an update in the group

We Love Cara Dune 2 weeks ago

Jim posted an update 1 month ago

GothicGamerXIV posted an update 1 month ago 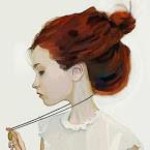