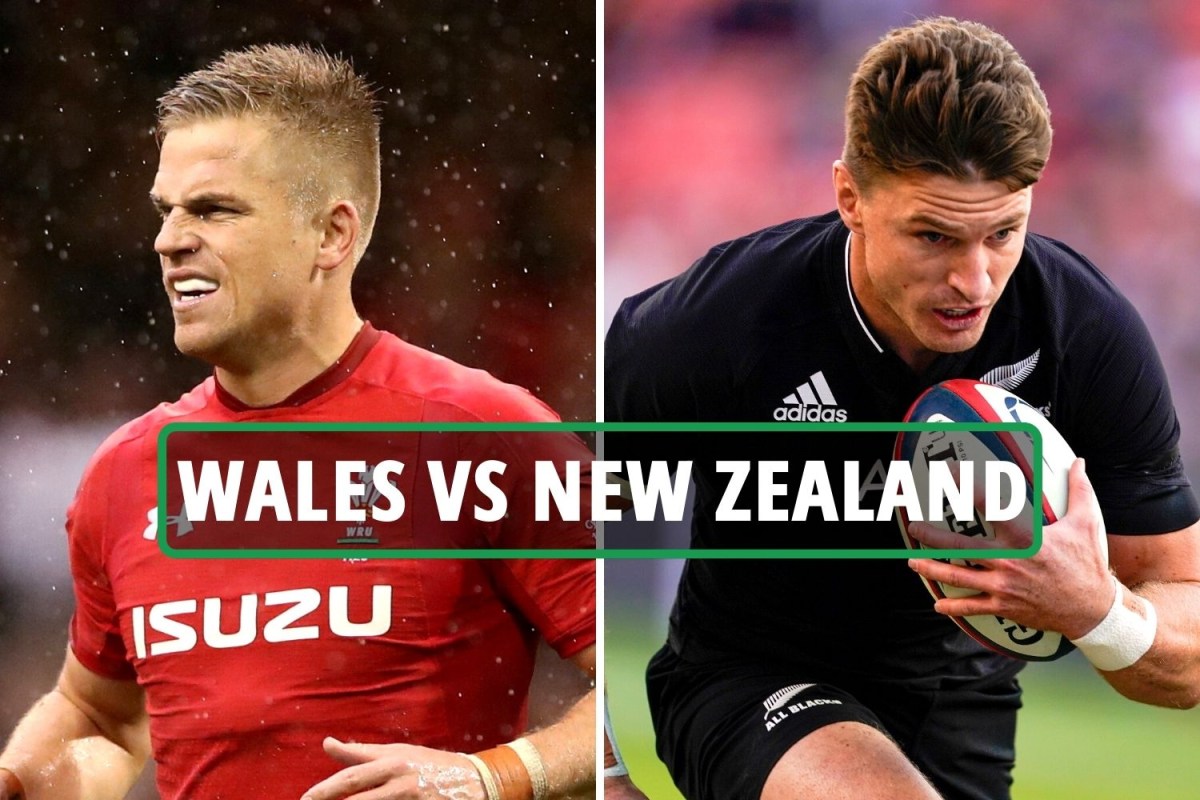 Wayne Pivac’s Wales face the All Blacks without a number of key men due to the fact the international is being staged outside the official Test window, meaning England-based players do not have to be released by their clubs.

Here’s everything you need to know about the match:
What time is Wales v All Blacks kick-off?
Wales v New Zealand kicks off at 5.15pm local time on Saturday, October 30, at the Principality Stadium in Cardiff.
What TV channel is Wales v All Blacks on?
Live coverage of Wales v New Zealand is being shown exclusively on Amazon Prime Video, who are providing English and Welsh commentary options.

While the streaming giant is behind a paywall, you can actually watch all the autumn rugby on Amazon for free if you time it right with a free trial. You can sign up for an Amazon free trial and find out more here.

Coverage will also be available to live stream online or via Amazon Prime Video’s app.

S4C will be showing same-day match highlights of Wales matches.
What’s the Wales v All Blacks team news?
Wales boss Wayne Pivac is without a number of key players due to injury and the fact the fixture is outside the official Test window, meaning players based in England have not been released for international duty.

So he has largely been restricted with his team selection choices.

Gareth Anscombe starts at fly-half to make his first Wales appearance in more than two years after suffering knee damage in August 2019. Pivac has already disclosed that he would like replacement Rhys Priestland to finish the game.

Tomos Williams starts at scrum-half, while Jonathan Davies and Johnny Williams are the midfield pairing. Johnny McNicholl starts at full-back in the absence of Liam Williams and Leigh Halfpenny, while Owen Lane occupies the wing position usually taken by Louis Rees-Zammit and Josh Adams is named on the other wing.

Wyn Jones and Tomas Francis line up in the front row alongside Ryan Elias, who was originally named on the bench for this match before starter Ken Owens was ruled out with a back issue. That has seen Elias promoted, with Kirby Myhill coming onto the bench.

Adam Beard and captain Alun Wyn Jones, who will become the most-capped rugby player for his country on Saturday with 149 appearances, pair up in the second row, and Ross Moriarty, Taine Basham and Aaron Wainwright complete the back row.

As for the All Blacks, fly-half Beauden Barrett will win his 100th cap to become his country’s 11th centurion.

He will be joined by seasoned campaigners like skipper Sam Whitelock, Brodie Retallick, Ardie Savea, TJ Perenara, Codie Taylor and Rieko Ioane in a heavily experienced and potent Kiwi line-up.

Barrett will also have his younger brother Jordie for company at full-back in a team which shows 12 changes from last week’s 104-14 demolition of the USA, with second row Whitelock, openside flanker Dalton Papalii and talented young wing Will Jordan the only survivors.

TMO: Brian MacNeice (IRFU)
What have the coaches said?
Wales head coach Wayne Pivac: “From our point of view, history is history. This group is together for the first time, this coaching group.

“For two years, we’ve been down to play New Zealand but haven’t been able to do so. So there’s a feeling of excitement and ‘let us loose’. 75,000 people, we haven’t done that for a long time.

“So whoever we put on the park, they’re always going to come to the match full of excitement. What we have to do is control that and play with discipline over the 80 minutes.

“We’re probably a little bit underdone if you compare us to New Zealand with what they’ve come from in terms of international rugby.

“Our squad has been split across many teams, playing four games. Some of the boys have maybe played one of those games.

“So you expect it to be a slow start. But we’re doing everything we can in camp to make sure we start as well as we can.

“The fact there is a crowd there, an awesome atmosphere and the bus ride, I like to think we’ll start as well as we can. Preparation has allowed us two weeks and that’s what we’ve worked with.”

New Zealand head coach Ian Foster: “It’s exciting to be back here in the north, albeit in very different circumstances.

“The All Blacks have always loved touring north, these Test matches are a big part of our history as a rugby team and it’s been three years since we played in Europe, so there’s a real sense of excitement.

“What a better place to start than at a packed-out stadium here in Cardiff.

“The Welsh will play with their traditional passion and their fans singing in the Stadium, and they’ll throw everything at us.

“They are Six Nations champions and a very good team. They have a group of young players coming through who’ll be excited to play so we will have to be ready, and we are.

“Ultimately, we will be judged on our performance and that’s what we love. We have got to be clear when we play and go out and do what we do, and we’re certainly ready to do that.”